Let me start by saying that I’ve been a devout Samsung phone user since falling in love with the first one back in 2010.  In fact, my last 9 personal phones have been:

I’ve had experience with many of the Nexus phones as well.  Each one of my kids have had a Nexus phone at some point in their lives.  I’ve really liked the clean look and feel of the raw Android operating systems on those devices.  Hardware-wise, they didn’t compare to Samsung though.  Screens and Cameras were just not up to the standards I wanted in a phone.  If Samsung would have offered their devices with the clean Android OS at launch, I would have jumped on it.  They never did.

This year, after using my Galaxy S 7 for the first half of the year, I traded it in for the Galaxy Note 7.  In my opinion, the Galaxy Note 7 was the best phone ever made.  I  loved everything about it.  After not liking the “curved screen” of the past few Galaxy phones, I finally even liked this fine tuned version. I was happy.

After the 2nd recall, I kept my phone as long as I could before finally having to turn it in.  I didn’t want to go back to a phone I’d already owned so I purchased the Google Pixel XL in Really Blue.

With many of my most recent Samsung phones, I used the Google Now Launcher instead of Samsung’s TouchWiz launcher so I was pretty comfortable with the Pixel Launcher from the start.

I love the camera in the Pixel.  It’s the best camera (in a phone) that I’ve ever seen.  Don’t get me wrong, I think that most high-end phones have great cameras now days.  The Samsung Galaxy S 7 and Note 7 and iPhone 7 cameras are awesome.  I would be satisfied with any of those cameras but I wouldn’t trade my Pixel camera for any of them.  It has great features for manually taking photos as well as takes fantastic fully-automatic photos.

The speed of the phone is just as it should be – Super fast!  Google Assistant integration is nice but I find that I don’t use it very differently than than I used Google now in the past.

I like the fingerprint reader on the back, better than the front – most of the time.  The only exception is when the phone is sitting on surface with the back covered.  I then either have to pick up the phone or use my PIN rather than the fingerprint reader to turn it on.  The Galaxy Note 7’s iris scanner would be useful here.  For the most part it’s not an issue.  I have the phone automatically unlock when I’m in my car or my house so I don’t have to unlock it at all in those locations.

One of the best features of the Pixel is the OS security fixes and upgrades.  With this phone, I don’t have to wait to get the latest operating system like I had to with the Samsung devices.  This is huge!  I want to have the latest software.  If Samsung doesn’t fix this issue, they may lose a lot of customers.

One thing that I really like about Samsung and I’ve never understood about Android (and iPhone for that matter) is the lack of hard buttons.  I loved that there is a specific “back” button on the phone.  Why have it waste screen space when you could use that large space at the bottom of the phone for the button?  It just seems like a waste to me.  Recently there has been a lot of talk about upcoming bezel-less phones.  When the screen comes all the way to the bottom of the phone, I’ll be a proponent of on screen buttons but until then, I want to use that space at the bottom of the phone for something useful.  It’s taken a little getting used to the “soft” buttons but I have finally stopped hitting the blank space expecting something to happen.  On a side note, I like that the back button is on the left rather than on the right (like Samsung’s devices).  It makes more sense that way.

I really miss wireless charging.  I have 4-5 wireless charging stations that I used to use regularly – On my desk, in my car, by my bed, by my TV, in the garage….  I got used to setting my phone down in specific places while it charges.  All phones should have this feature, it’s really nice.  On the other hand, the battery in the Pixel has been great.  I’ve never run completely out of battery power during the day (although I’ve come close a few times).  With wireless charging though, I could always keep my phone charged and ready just in case I have a really late night.

I liked the Samsung screen quality better. There’s nothing specifically wrong with the Pixel screen, I just like the Samsung better. I miss the always on screen of the Galaxy 7.  I like to see the time without having to touch my phone.

I’m not one to care as much about the external design & appearance of a phone as much as what it can do on the inside.  The design and build quality of the Samsung Note 7 was far more attractive than the Pixel.  When I held the Note, it felt like a solid, quality product.  When I hold the Pixel, it doesn’t quite have that same feel to it.  I personally don’t mind that but I know many people do.

For the most part, I really like the Pixel phone.  It’s a great product.   Will I stay a Pixel user when Samsung comes out with a fancy new phone?  I’m not sure.  The Pixel is missing some useful features that I really like but it also will stay up to date with the latest software.  We’ll have to see what the Galaxy S 8, Galaxy Note 8 and the Pixel 2 look like later this year.

A is for Alphabet, G is for Google

Should I Buy a Smart Watch?

What is a Chromebook? 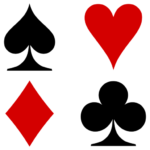